On Thursday, November 10, 2005 the Burlington City Council voted unanimously to approve the 2006 budget, which included funds to construct a new 22,000 square foot library at Holly and Washington streets.

Architects designed the new building with extensive input from library users, community residents, City Councilmembers, library staff, and members of the Library Design Committee. A Furniture Sub-Committee is working with an interior designer to select furnishings, floor coverings, and paint colors. Many thanks to all who took the time to comment on the proposed design. While not all ideas could be incorporated, many have been addressed and our new library truly reflects the character of our city. 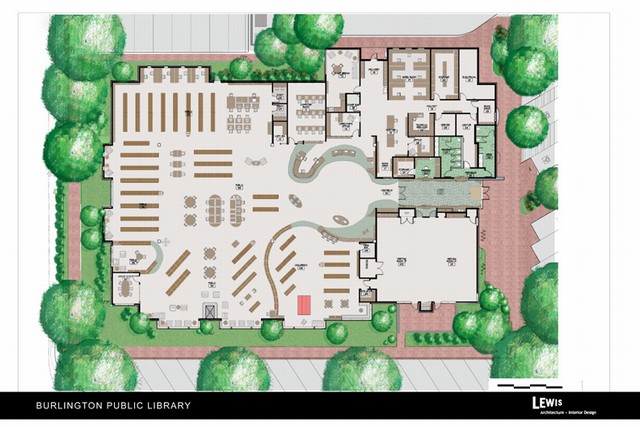 The newly formed Burlington Library Foundation is in the process of initiating a fundraising campaign to fund the purchase of public art for the new building and establish a collection endowment. Community members and local businesses will be invited to contribute to this campaign.

The Need to Expand

Those of you longtime residents know that Burlington Public Library has been out of space for many years now - we've been researching options for growth since 1993 when we hired Lewis Architects to perform a site feasibility study for the property at Holly and Washington streets. Eleven years later, Burlington's population has grown from 4,690 to 8,120 and is expected to top 12,000 in the next 20 years. Our potential service area, which includes the entire Burlington-Edison School District, is conservatively projected to hit 27,000 by 2025. Yet our library remains just under 4,000 square feet.

In the fall of 2003, the city conducted several neighborhood planning meetings to gather community input regarding a new or renovated library facility. In December 2003, the city mailed out 2,900 questionnaires to area residents. In the Summer of 2004, the Burlington City Council hired Lewis Architects of Bellevue to perform a facility needs assessment for City Hall and the library. Consultants interviewed city staff members and conducted community focus groups at the end of August and early September. City Council members sat in on each of the five sessions. Preliminary findings were presented to the entire City Council on September 23, 2004.

After discussing several potential sites, City Councilmembers voted unanimously on February 24, 2005 to select the Old Catholic Church site at Holly and Washington streets to build a new library. A Library Design Committee consisting of City Councilmembers, library trustees, library staff and members of the community has been formed to look at design issues with the architect. Ross Jamieson of Lewis Architects was selected by the City Council to be the lead architect for the project. A Public meeting was held June 30, 2005 to gather input from neighbors and other community members. 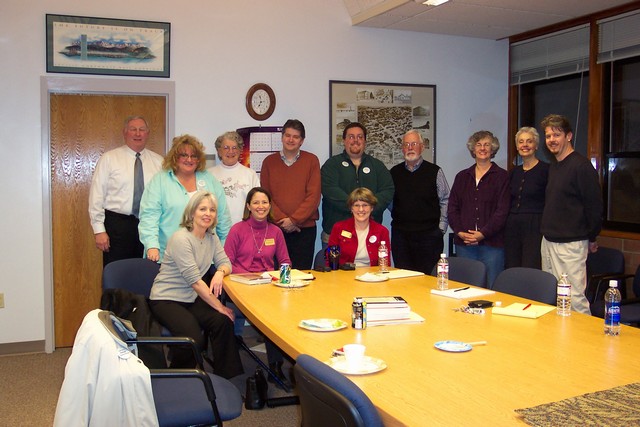